Political Correctness Works For No One - Jonathan Kay - TEDxUTSC 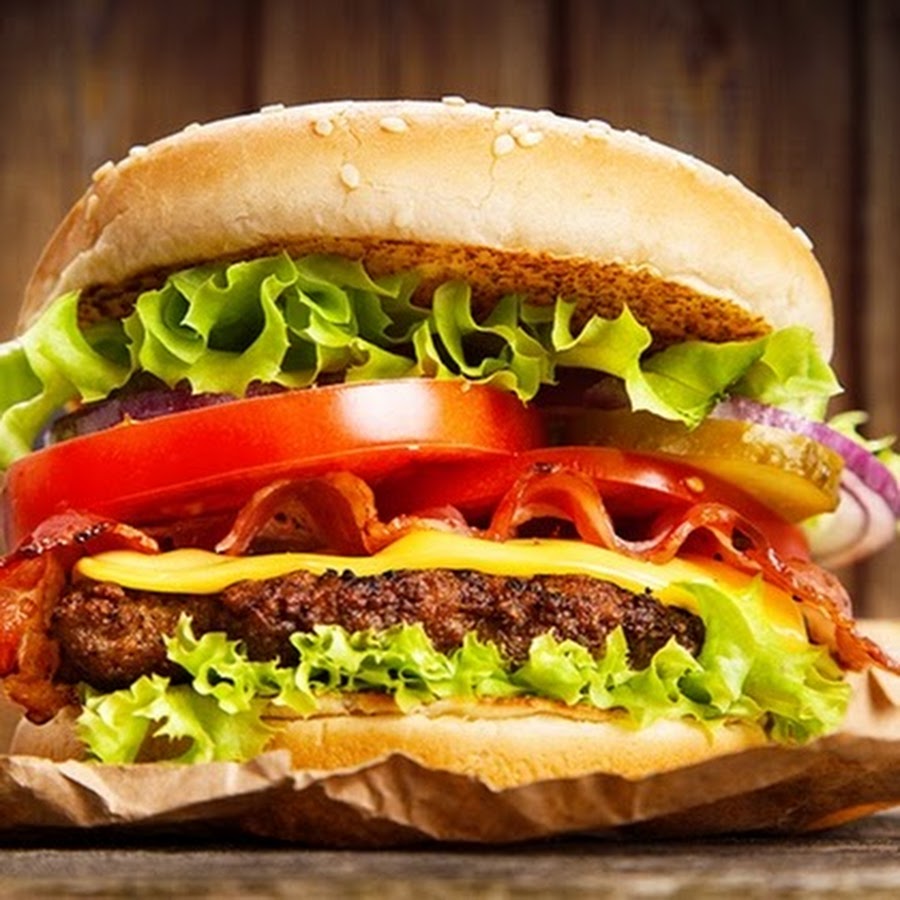 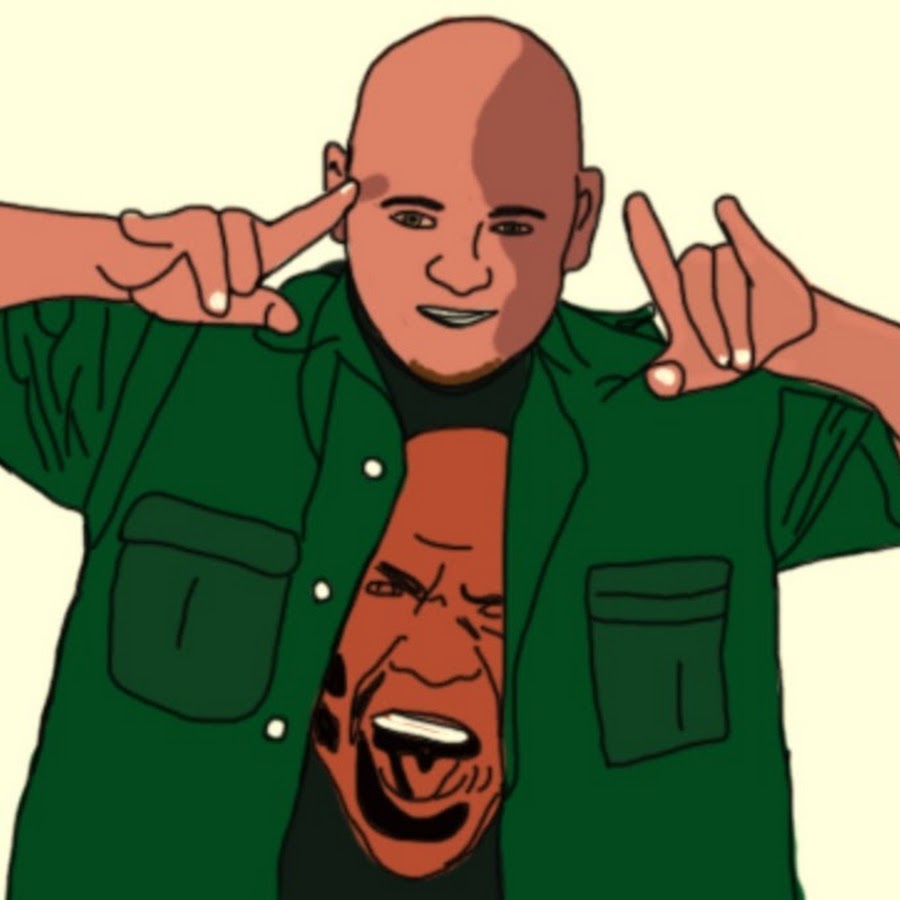 In effort to contol wild passions for violent jihad, White House urges gun owners to keep their firearms covered in gun burkas. Democrats vow to burn the country down over Ted Cruz statement, 'The overwhelming majority of violent criminals are Democrats'.

University researchers of cultural appropriation quit upon discovery that their research is appropriation from a culture that created universities.

Archeologists discover remains of what Barack Obama has described as unprecedented, un-American, and not-who-we-are immigration screening process in Ellis Island.

Mizzou protests lead to declaring entire state a "safe space," changing Missouri motto to "The don't show me state". Green energy fact: if we put all green energy subsidies together in one-dollar bills and burn them, we could generate more electricity than has been produced by subsidized green energy.

College progress enforcement squads issue schematic humor charts so students know if a joke may be spontaneously laughed at or if regulations require other action.

ISIS opens suicide hotline for US teens depressed by climate change and other progressive doomsday scenarios. Virginia county to close schools after teacher asks students to write 'death to America' in Arabic.

Pope outraged by Planned Parenthood's "unfettered capitalism," demands equal redistribution of baby parts to each according to his need.

Citizens of Pluto protest US government's surveillance of their planetoid and its moons with New Horizons space drone. John Kerry proposes 3-day waiting period for all terrorist nations trying to acquire nuclear weapons.

Experts debate whether Iranian negotiators broke John Kerry's leg or he did it himself to get out of negotiations.

US media to GOP pool of candidates: 'Knowing what we know now, would you have had anything to do with the founding of the United States?

NY Mayor to hold peace talks with rats, apologize for previous Mayor's cowboy diplomacy. China launches cube-shaped space object with a message to aliens: "The inhabitants of Earth will steal your intellectual property, copy it, manufacture it in sweatshops with slave labor, and sell it back to you at ridiculously low prices".

Progressive scientists: Truth is a variable deduced by subtracting 'what is' from 'what ought to be'.

America's attempts at peace talks with the White House continue to be met with lies, stalling tactics, and bad faith. Hillary: DELETE is the new RESET.

Charlie Hebdo receives Islamophobe award ; the cartoonists could not be reached for comment due to their inexplicable, illogical deaths.

Russia sends 'reset' button back to Hillary: 'You need it now more than we do'. Barack Obama finds out from CNN that Hillary Clinton spent four years being his Secretary of State.

Police: If Obama had a convenience store, it would look like Obama Express Food Market. Study finds stunning lack of racial, gender, and economic diversity among middle-class white males.

White House describes attacks on Sony Pictures as 'spontaneous hacking in response to offensive video mocking Juche and its prophet'. CIA responds to Democrat calls for transparency by releasing the director's cut of The Making Of Obama's Birth Certificate.

Biden: 'If I had a Ferguson hic , it would look like a city'. The aftermath of the 'War on Women ' finds a new 'Lost Generation' of disillusioned Democrat politicians, unable to cope with life out of office.

White House: Republican takeover of the Senate is a clear mandate from the American people for President Obama to rule by executive orders.

Desperate Democratic candidates plead with Obama to stop backing them and instead support their GOP opponents.

Ebola Czar issues five-year plan with mandatory quotas of Ebola infections per each state based on voting preferences. Study: crony capitalism is to the free market what the Westboro Baptist Church is to Christianity.

Fun facts about world languages: the Left has more words for statism than the Eskimos have for snow. African countries to ban all flights from the United States because "Obama is incompetent, it scares us".

Nobel Peace Prize controversy: Hillary not nominated despite having done even less than Obama to deserve it. Revised 1st Amendment: buy one speech, get the second free.

Obama wags pen and phone at Putin; Europe offers support with powerful pens and phones from NATO members. White House pledges to embarrass ISIS back to the Stone Age with a barrage of fearsome Twitter messages and fatally ironic Instagram photos.

Obama vows ISIS will never raise their flag over the eighteenth hole. Elian Gonzalez wishes he had come to the U. Obama draws "blue line" in Iraq after Putin took away his red crayon.

Accusations of siding with the enemy leave Sgt. Bergdahl with only two options: pursue a doctorate at Berkley or become a Senator from Massachusetts.

Joe Biden to Russia: "We will bury you by turning more of Eastern Europe over to your control! In last-ditch effort to help Ukraine, Obama deploys Rev.

Mardi Gras in North Korea: " Throw me some food! Obama's foreign policy works: "War, invasion, and conquest are signs of weakness; we've got Putin right where we want him".

US offers military solution to Ukraine crisis: "We will only fight countries that have LGBT military". Putin annexes Brighton Beach to protect ethnic Russians in Brooklyn, Obama appeals to UN and EU for help.

The s: "Mr. Obama, we're just calling to ask if you want our foreign policy back. The s are right here with us, and they're wondering, too.

Study: springbreak is to STDs what April 15th is to accountants. Efforts to achieve moisture justice for California thwarted by unfair redistribution of snow in America.

Feminist author slams gay marriage: "a man needs a man like a fish needs a bicycle". Beverly Hills campaign heats up between Henry Waxman and Marianne Williamson over the widening income gap between millionaires and billionaires in their district.

OFA admits its advice for area activists to give Obamacare Talk at shooting ranges was a bad idea. President resolves Obamacare debacle with executive order declaring all Americans equally healthy.

Bovine community outraged by flatulence coming from Washington DC. Shocker: Obama had no knowledge he'd been reelected until he read about it in the local newspaper last week.

Server problems at HealthCare. NSA marks National Best Friend Day with official announcement: "Government is your best friend; we know you like no one else, we're always there, we're always willing to listen".

Dizzy with success, Obama renames his wildly popular healthcare mandate to HillaryCare. Obama authorizes the use of Vice President Joe Biden's double-barrel shotgun to fire a couple of blasts at Syria.

Obama: 'If I had a son News Flash: Sen. Mary Landrieu D-LA can see Canada from South Dakota. Susan Rice: IRS actions against tea parties caused by anti-tax YouTube video that was insulting to their faith.

This Passover, Obama urges his subjects to paint lamb's blood above doors in order to avoid the Sequester. White House to American children: Sequester causes layoffs among hens that lay Easter eggs; union-wage Easter Bunnies to be replaced by Mexican Chupacabras.

Oscars Michelle Obama announces long-awaited merger of Hollywood and the State. Joe Salazar defends the right of women to be raped in gun-free environment: 'rapists and rapees should work together to prevent gun violence for the common good'.

Captain C. By JordieVerse Watch. Today's match brought to you by curtsibling! That's why what happens to me can be used by you, my dear reader, to be applied in your own life as my experiences only reveal a principal.

So let's grab some experiences of these last months and discover together just how Satan and his foot soldiers will do anything they are allowed to do in order to fight down Jah Children.

At one time, I was under attack by churchicans, atheists and even homosexualists all having their agenda to mash down Reggae Culture with their Politikal Korrektness, all worshipping and obeying the God Of This World Order, whatever his name is to them.

My publications on Christafari provoked some people to fiercely defend the very Church System which Christafari chooses to work for.

Nothing was spared: even racism. One guy registered to a website just for me, with an outright racist name referring to what he thought is my skin color, and the word "business" behind it.

Other publications about Babylon System provoked yet another group to do exactly the same. Shame on me, they say, for I do not accept the not-so-gay-homosexual-lifestyle as being on the same level as Holy Marriage between man and woman.

They even claim such things on Reggae Websites. Am I being sarcastic, here? Unfortunately not. Unfortunately, I am talking about a factual and a serious situation.

Some people actually claim, that Consciousness and Rastafari should lead one to accept the not-so-gay-homosexual lifestyle, or even Christafarianism.

For when you Konform, this is "Love". And "everything" is "all" about "love", right? Every critique on Babylon Shitstem and Philosophy is seen as "hate", and in Babylon "haters" are open target.

You can scorn them, insult them, beat them and even chase them. All in the name of "love", obviously. Kind of like the "love" I engaged as a little child, when I was told how the God Of This World Order is called Jesus Christ and he wants everyone to become Good Babylonians.

If you are unable to do so, for example because you are -like me- handicapped, you will feel it all your life. This mechanism was revealed to me BIG TIME this last year.

As I was directly involved in a "debate" with atheists, churchicans and defenders of the not-so-gay-homosexual-lifestyle, they would apply the very same methods that I knew so very well from a very young age.

Just to show me how big the "love" of the Babylonians is, Jah told me before to speak out about certain trauma's that I received in my life.

Trauma's given to me by the Good Babylonians who were -in the Name of Yesus or Politikal Correctness- practicing Hate in the name of "Love".

I would write about a specific trauma, and I would subsequently see how certain ones not only read what I wrote, they would actually use that knowledge to try and push me down even further.

They would try to trigger my trauma so that I would walk along with the Politikal Korrekt Paradigm in order to lose that ugly feeling the trauma would cause.

They would openly debate amongst themselves, how much "I" was "in need" for "medical attention". In other words, they would simply say that I am crazy, a fool, an idiot.

They would threaten me, too, by the way In this time, I saw how trauma's were a control mechanism. I saw the horrible truth behind the phrase "Trauma-based Mind Kontrol" as I learned all about the way the Babylonians would treat what they think was me in their desperate attempts to make me walk according to the Party Line.

I would witness how folks that bawl "love and unity" all the while, would openly say how that would not apply to them when they would ever meet me face to face.